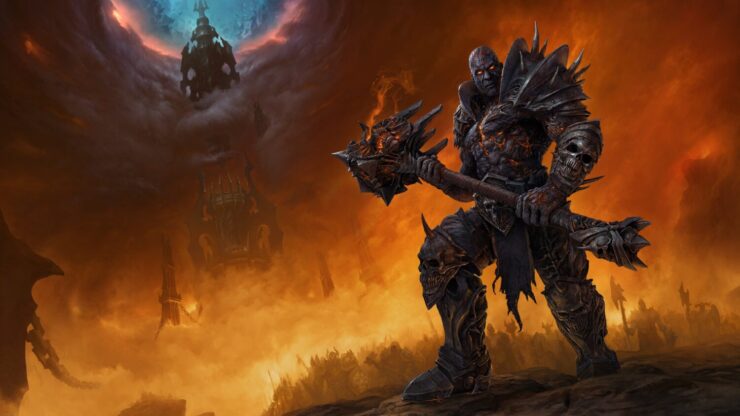 With the latest patch in full swing, there is hardly a better time to once again log into your WoW account and pick up right where you left off. World of Warcraft is in its eighth major expansion, Shadowlands, and it has been for a while now. The main campaign story is over and all the raids and dungeons have been revealed. The loose ends were tied up with some nice epilogue cinematics and there are some interesting and lore-rich quest chains to do in the game. There is a bunch of new cosmetics in the character creator section, some of which are definite fan favorites and the reason for celebration across both the Horde and Alliance races. All seems well in the last patch of this expansion, and all is truly well since we already know what the next one is going to be about.

While we are still waiting for the official release date of Dragonflight, the ninth expansion in the long-running WoW series, there is nothing else to do than keep playing the current content. And that is more than enough as this game is arguably the richest and most diverse title when it comes to playing experience. From PvE and PvP across current and old content, to mount and gear collecting, to finessing your skills for the future and just having fun with your friends, there is always something to do in WoW. And in this article we will be focusing on one of these things, particularly how to increase your skill level at the game, so that you are ready for the new expansion whenever it hits. Read on to learn more about drastically increasing your skill level in WoW across the board. The fastest way to do so is to get better loot quickly and have an easier time playing while you are learning and you can do that through boosting services. For more on this, check out https://buy-boost.com/wow.

It may sound harsh at first, but the thing that every player needs to do in this game is their job and not much else. This means that you should always know what your task is and what you are there to contribute with. If you are doing PVP, it is not the same as PVE. If you are a healer, do not worry about the damage. If you are tanking, be sure to protect your fellow teammates from danger by soaking up damage. Everyone has their role to play and thing to do no matter how simple or difficult the task at hand may be. As long as you know what your job is at any given moment, you will be a valuable member of the group and get the spoils of victory once you complete the objective. Sometimes it is clear what needs to be done, other times not so much. If you are unsure about something, be sure to ask those who are leading the group or look for answers online. Serious players expect everyone to know what needs to be done and how when they open groups for others to join. Wasting time is in nobody’s interest so make sure you know what you are signing up for.

World of Warcraft is a game of diversity in many different ways, but perhaps the most important one is that into different classes. Every player is free to choose a class for their character. The class is basically the archetype of a hero you want to embody. It is not so black and white either, as many classes seem similar or different but they are anything but. No matter what you pick however, and which specialization of the class you go for, you must understand how that class and spec is played. Literally every single spec is different and has a different set of talents, offensive and defensive spells, abilities, and passives. There are 12 unique classes, most of which have three specs. Druids have four and Demon Hunters have two, the remaining 10 have three each. This means that there is a lot of variability and things to learn. If you want to get better, take your class and spec and study it inside out. Learn what each move does and when to use it. Pick the best spell rotation for each encounter and stick with it. Think of ways how you can utilize your kit to help others, not just yourself. Some specs are easier, some are more difficult. What is unique is the time and effort you need to put towards mastering them.

Here we do not just mean the Player Versus Player (PVP) content, but actually socializing in the game so that you can meet other players and play the game together. If you do not have real life friends who like WoW, you do not have to worry. There are literally millions of players online at any given moment, and all it takes is to ask around on your server and become a part of a guild. You are able to meet people through dungeon and raid finder mechanics, in capital cities by just approaching them and start talking, or during questing while you help each other. WoW was meant to be played with others and the more you do it the more you will increase your skills. Many spells are made to be utilized by a group even though they do not seem like it. Classes and specs have buffs and groups are the strongest if there is at least one of every class with them. Playing in parties and raid groups will make you a better player because all the endgame content is experienced with others. From 2v2 and 3v3 arenas to 10-man, 25-man, or 40-man battlegrounds, PVP is all about teamwork. The same goes for 5-man mythic+ dungeons, and especially for heroic and mythic 10-man and 25-man raids. Drastic improvements only come when you start experiencing the toughest challenges as a part of a team that works together.