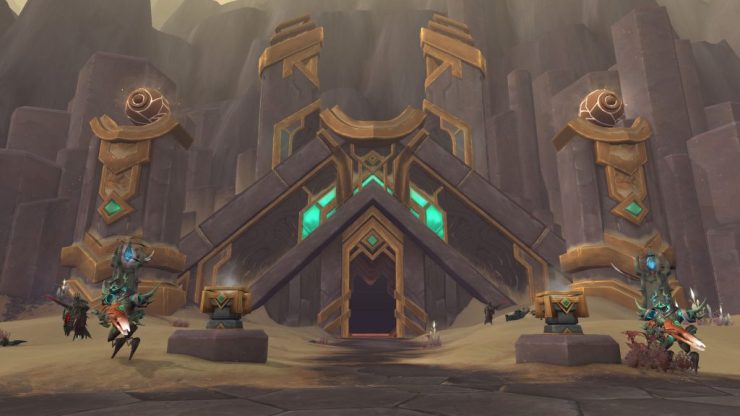 One of the games people grew up with, found lifelong friends, even partners, is still managing to keep gamers interested, by releasing exciting new content every two years. You probably already guessed we’re writing about the World of Warcraft. With millions of players worldwide, this game is surely something to consider if you wanted to embark on an adventure full of mythical creatures, living in the magical world of Azeroth.

What makes it appealing is the possibility to choose from so many different characters to play. Each of them has its own advantages, and magical powers carry interesting possibilities of upgrading the character with new skills to help you do raids more successfully and level up.

As each expansion has its own set of raids, one needs to be well informed about what to pay attention to, and how to progress. In 2020 an expansion called the Shadowlands was released, bringing a new set of challenges when it comes to raids. One of the hardest ones was Sepulcher of the first ones. If you are a beginner, we’ll give you some guidelines on how to tackle this raid.

1. First, you should know what’s ahead of you

For a beginner who’s not yet entered to play this expansion, you should know that this will be your final raid (and there are a total of three waiting for you in the expansion). You’ll be faced with eleven new bosses, each one harder to defeat than the other. As the icing on the cake, the final challenge will be to defeat the Jailer himself. We highly suggest you consult some of the game forums to see which boss will require which ability and the type of loot.

2. How to find its location

The raid is located on a floating island. To get there, there are a couple of steps to take. First, fly to Pilgrim’s grace and find a translocator. You’ll find it if you climb the stairs that will be located to your left. When you start interacting with the translocator, you’ll find the location of the raid. A small path you’ll be walking up will take you to the exact place.

3. You have some control of how to defeat the bosses

As we’ve already mentioned, there will be a total of 11 of them to tackle. The first one will determine the order by which you’ll be fighting the rest of them. You can always choose to take them linearly, going one by one in their exact order, or choose between fighting some of them before you take on Halondrus the reclaimer.

4. Boosts are there to help you

What beginner players are not always aware of, is the time they need to spend playing if they want to advance quickly in a game like this. A piece of general advice would be to spend a couple of hours every day, in order to progress to a decent level where you can say you have enough skills and level to take on some raids. However, not all of us are in a position to allocate that much time just to play a game. For this purpose, people have created boosts. They contain everything you need to finish the raid successfully and move on. A boost for this raid is available at https://buy-boost.com/wow/sepulcher-of-the-first-ones-sotfo-boost .

5. You can skip some of the bosses

6. Grouping with others makes the journey easier

Just as in real life, if you have a group of people willing to go to battle with you, you may just increase your chances of winning. In WoW you have the option to join different guilds. Although you can tackle every raid and their bosses on your own, being in a guild makes the journey far smoother. Even if it doesn’t bring you the success you’ve been expecting, surely, playing with a group of people you share the same passion with is way more fun than doing it all alone.

These six guidelines we’ve chosen to write about should be enough to get you started on your exciting new journey through the land of Azeroth. It will definitely be one super exciting experience, you’ll enjoy fully. In the end, read below some exciting news to look forward to, this year.

Some exciting news from developers…

A few years ago, there were rumors about how this game would one day have an adjusted version for mobile devices. Then last year, developers announced and confirmed that games indeed is a plan coming true and that expansions are coming to us in a free version. No one really knew when, until recently. It was officially announced that loyal old gamers, as well as new generations to come, will be able to play on their smartphones, this year.

In its quarterly report, Blizzard mentions that they are planning significant new content in the game franchise this year, including news in World of Warcraft and Hearthstone, but also in a brand-new game for mobile devices. The genre of the game is still unknown, or what exactly it is about, but some speculate that the game could be an AR adventure, in the style of Pokemon GO.

If the game really sees the light of day on mobile platforms this year, it won’t be the only mobile game from the developer’s factory. Some other, equally good and loved games will be released as well. As for which ones, it is yet to be seen.